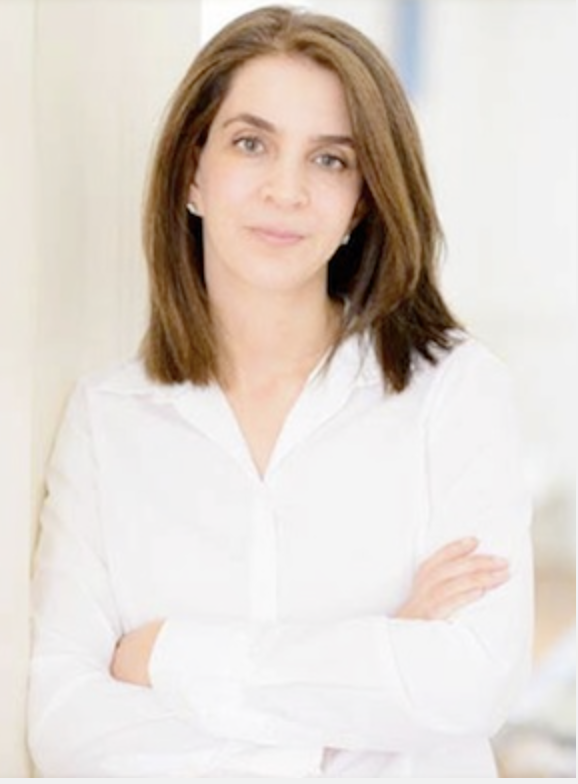 "I knew that I wanted to foreground the book in Rhodesia, and that I needed a dramatic and mysterious event to drive the plot and keep readers wanting to turn the pages.”
Louise Treger

Set in Italy, England and Rhodesia, Louisa Treger’s The Dragon Lady is a work of historical fiction based on the life story of a truly remarkable, yet little known woman named Virginia Courtauld. It is a sumptuous tale of murder and intrigue, which spans several decades following the First World War, but is largely focused on the time she spent living in Southern Rhodesia with her husband Stephen in the 1950s. Surrounded by right-wing white farmers, they are viewed as liberal outsiders hell-bent on upsetting the balance of power between the colonial minority and the black Rhodesians who are treated as second-class citizens in their own country.

KS: Virginia Courtauld notably has no entry on Wikipedia, and even though they were married for nearly fifty years she’s barely mentioned on her husband Stephen’s page. This is a woman who was as scandalous as another well-known divorcee of the same era, Wallis Simpson, yet there is very little known about Virginia. What drew you to her story? Given her relatively low digital footprint, how did you find out about her?

LT: I stumbled across Virginia by accident, when a friend asked if I’d heard about Zimbabwe’s ‘secret Monet’. It was 2016 and the painting was allegedly hidden in the vaults of the National Gallery of Zimbabwe to keep it safe from Robert Mugabe. I have family in southern Africa, and on a trip to Harare I managed to find a few of the ‘secret’ paintings. There was no Monet, but I did see works by Renoir and Dürer among others, donated to the gallery by Virginia and Stephen Courtauld. My curiosity was piqued and I began to research the Courtaulds. The more I found out, the more intrigued I became, and I decided that I needed to tell their story.

The snake tattoo running down Virginia’s leg must have been the talk of high society. She claims that it was done while attending convent school in her teens. This seems highly unlikely. Given Virginia’s flair for subterfuge, is it possible she was a talented con artist who fooled everyone, including Stephen? Post-war Europe was chaotic. People were reinventing themselves left, right and centre. I’m not judging, but who’s to say she wasn’t a circus performer or a prostitute in a former life? Are there accounts that prove she was actually married to an Italian aristocrat? The marriage was, after all, annulled. You must have some theories.

Virginia was definitely married to an Italian aristocrat – there is a 2017 biography about her first marriage, published in Italian. However, not much is known about how she spent the time between marriages, and rumours abounded. It was said that she was an ex-chorus girl, that she met Stephen while dancing at a Hungarian strip club. There’s no doubt that she had a colourful past and some adventures!

The Dragon Lady is a highly sensual read. It is a work of fiction that captures not only the political and social climate of 1950s Rhodesia, but also the sounds, smells and tastes of the time. It is a work that radiates authenticity. I’ve never written an historical novel so wouldn’t know where to start. What kind of research did you have to do? Were there specific libraries or collections that were more helpful than others?

Researching The Dragon Lady was a hugely enjoyable and exciting adventure. A particular highlight was travelling to the Courtaulds’ house in Zimbabwe, where I slept in Virginia’s bedroom, which made me feel close to her living, breathing presence. I also spent time at Eltham Palace, their English home, in the archives and walking around soaking up the atmosphere. The British Museum had valuable material, and I read all I could about the period in which the book is set. A cousin, George Courtauld, let me see letters and photographs, and shared his own memories of Stephen and Virginia with me. It was a real privilege to have this kind of access to their intimate lives – and crucially to their voices.

I knew that I wanted to foreground the book in Rhodesia, and that I needed a dramatic and mysterious event to drive the plot and keep readers wanting to turn the pages.”

Crime novels come in all guises. The Dragon Lady may be characterised as historical, literary fiction, but it opens with Virginia’s shooting on the veranda of her home in Rhodesia. Finding out the why, how, and who drives the narrative back and forth through time. We experience her first marriage, her courtship with Stephen, her thwarted attempts at being accepted into English society, and her growing interest in furthering the causes of the Rhodesian people. Her shooting is, in effect, a vehicle. Did you always intend to build the narrative around a tragic event, or was it something that evolved with time?

I am not much of a planner! I begin with the roughest of plot outlines and my first draft is usually my plan. I knew that I wanted to foreground the book in Rhodesia, and that I needed a dramatic and mysterious event to drive the plot and keep readers wanting to turn the pages. With this in mind, the opening kind of fell out of my pen.

Virginia isn’t a very likeable woman but that can be forgiven because she’s interesting. That’s not to say that I don’t take issue with some of her actions, whether it be tricking Stephen into marriage or being blind to the privilege her wealth gives her. As one of her Rhodesian neighbours implies, it’s easy to be a liberal when you’re wealthy. Virginia and Stephen seem oblivious to how their overt displays of wealth alienate others. You paint a detailed picture of colonial Africa through several points of view. Could you tell us a little bit about Virginia and Stephen’s community in Rhodesia and how tensions grow between themselves and their neighbours?

The Courtaulds’ community in Rhodesia consisted mainly of white, right-wing farmers. There was local animosity to the Courtaulds’ politics, for it was generally felt that their fight for racial equality threatened the farmers’ very way of life. There was jealousy of the Courtaulds’ wealth and privilege, and of the fact that they could leave the country if there was ever serious unrest. Stephen’s involvement with black liberation leaders was resented, and all of this led to misunderstandings, anonymous death threats and a shooting.

You mentioned that you visited Eltham Palace and La Rochelle while researching the novel. I’m curious to know what has become of their various residences and their projects in and around Mutare, such as the Courtauld Theatre. How would you define their legacy?

Eltham Palace is managed by English Heritage and is open to the public – it’s a fascinating property and well worth visiting. The National Trust of Zimbabwe owns La Rochelle, which is now run as an upmarket hotel. Unfortunately, the National Gallery is the only one of the Courtaulds’ projects in Zimbabwe that has survived. The Courtauld Theatre closed down and their agricultural college was burned to the ground during the civil war. The Courtaulds are remembered in Zimbabwe as a couple ahead of their time, who were exceptionally generous to the country.

Many notable women don’t have Wikipedia pages. Thankfully, there is a move to redress the gender and racial bias. At the moment, nearly 80% of the editors are white, college-educated men. The resulting imbalance in representation speaks for itself. Given all that you know about Virginia Courtauld, would you consider creating a page for her?

Definitely! Virginia deserves her own page and it’s a great idea.

I’m interested to know what you are working on now. Will you be sticking to historical fiction or striking out and trying something new?

My next novel continues my theme of strong women who live by their own rules. It’s about Nellie Bly (1864–1922), America’s first female investigative journalist. She faked insanity convincingly enough to be locked up in the New York City Lunatic Asylum on Blackwell’s Island in the East River, and when she got out she exposed the terrible conditions. Nellie’s reportage brought her fame and led to a grand jury investigation and financial increase for the care of the mentally ill. Nellie went on to do many other amazing things with her life, but my novel will focus on this part of it.

Louisa Treger studied at the Royal College of Music and the Guildhall School of Music and has worked as a freelance orchestral player and teacher. She subsequently earned a PhD in English at University College London, where she focused on early-twentieth-century women’s writing and was awarded the West Scholarship and the Rosa Morison Scholarship “for distinguished work in the study of English Language and Literature”. Her first novel The Lodger was published by Macmillan in 2014. The Dragon Lady is published by Bloomsbury Caravel in hardback and eBook.
Read more
louisatreger.com
@louisatreger

Karin Salvalaggio is the author of the Macy Greeley crime novels Bone Dust White, Burnt River, Walleye Junction and Silent Rain and a contributing editor at Bookanista. Her fiction to date is set in towns that border the Montana wilderness, a uniquely spectacular landscape she fell in love with as a child. Her proudly independent characters inhabit stories about the American dream gone wrong. She is currently working on the final edits of a psychological thriller set closer to home in West London, where she has lived since 1994. The characters may be hemmed in by glass and steel, but the stories they tell are just as compelling.
@KarinSalvala

Read a review of The Dragon Lady by Mika Provata-Carlone 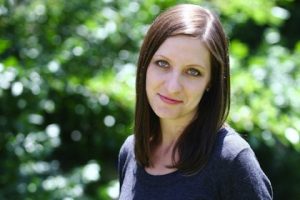 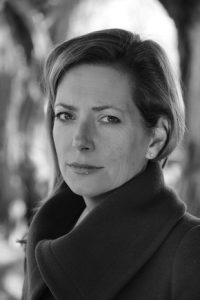 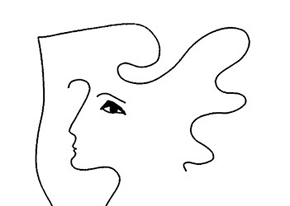 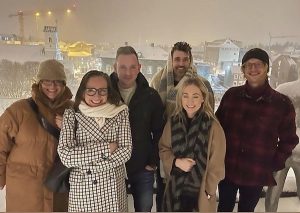 We all know how tough the past twenty-one months have been. Iceland Noir 2020 was cancelled, and Iceland Noir 2021 opened just as case numbers were soaring both in Iceland and abroad, but the show went on and we are so grateful it did. 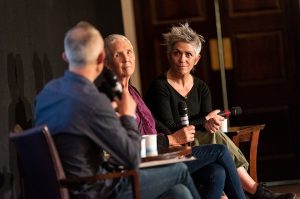 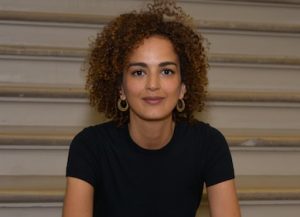